The biggest street in CA2, when it comes to the number of houses on it is Blackwell Road, with 297 homes. In second place is Newtown Road with 247 homes and in third is Whernside with 229 homes.

Yet, size isn’t everything and the most valuable street of the top 20 biggest streets is Dalston Road at £34.7m with an average value of £178,000 per property.

The street with the greatest number of movers in the last 3 years is Glaramara Drive, with the highest saleability rate of 29.7%.

The full breakdown can be found in this chart below.

Yet, on a more serious note ..

The basic rudiments of the Carlisle property market remain principally healthy in many parts of Carlisle, yet the existing political environment means that the vital element of confidence has been diminished slightly in certain parts, and that is triggering a minority of potential property purchasers and house-sellers to vacillate, yet with unemployment at an all-time low, a record number of people with a job, ultra-low interest rates and decent mortgage availability (with the Banks and Building Societies tending to drop mortgage rates instead of increasing them), those Carlisle first time buyers (and especially Carlisle buy-to-let landlords) who have adjourned their next house purchase because of perceived political uncertainty should be reminded that talking to many of my fellow Carlisle agents they have more homes on their books than at any time for the last three or four years, so there is a greater choice of Carlisle properties to call your next home/BTL investment with a potential of securing a great property deal in the next month or so.

Irrespective of what happens with Brexit, Carlisle people will still need a roof over their heads and as I have mentioned on a number of occasions, I have proved beyond doubt we aren’t building enough homes both locally in Carlisle and nationally. If supply is limited and demand increases (as the population grows and we get older), prices in the medium to long term can only go in one direction. Upwards!

So, whatever happens with BoJo and Brexit – why wait, because once we get over that hurdle, there will just be another hurdle and another hurdle and by which time – we will be in 2029 and you would have missed the boat. We survived the Global Financial Crash, 3-day week in 1970s’, hyperinflation etc etc …  yet the choice is yours.

The Government’s Annual Housing Survey is 50 years old this year.  It has taken a snap shot of the UK’s property market every year since 1969 and in the recently published report for 2018, it wasn’t a surprise that owner occupation is still the most predominant tenure, yet now more people own their home without a mortgage rather than having a mortgage as the number people buying their first home (obviously with a mortgage) has declined since the Millennium.  The report also shows homeowners (mortgaged and owned outright) are, on average, older than renters and between the homeowners themselves, those who are mortgage free are older than those with a mortgage.

Looking at the most recent of data for Carlisle, I wanted to see how we compared to the national picture. Therefore, focusing on the main 4 tenures of owned outright, owned with a mortgage, social housing (i.e. Council Housing and Housing Association) and private rented, this is what I found out…

Looking at the stats, you can see that homeownership in Carlisle and council area as a whole (both owned and owned with a mortgage combined) is lower in the 25yo to 34yo age range compared to 35yo to 49yo, yet roll the clock back to the 1980s and opposite was the case.

So how many local homeowners have paid off their mortgage?

As most people bought their first house in their early to mid 20’s back in the 1980’s, this shows that a lot of Carlisle people must have re-mortgaged in the past and extended their borrowings (otherwise they should have paid their mortgage off now).

The other thing that concerns me is the 6.9% of the Carlisle over 75yo homeowners that have a mortgage.

If you amalgamate the national historic ranges going back to 1977 (see the graph below “UK Households with a Mortgage by Age – 1977 to 2018” and note the age bands are slightly different to the recent local stats because they were carried out under different government departments), you will see the number of people who own a property with a mortgage has been dropping since the Millennium, yet nationally the number of people who own a property has remained roughly the same, even with the growth of the private rented sector.

Reports in the industry suggest that in the next ten years that will increase, as nearly 1 in 5 homeowners will be still paying off their mortgage after retirement. One of the reasons behind that will be the legacy of interest-only loans and delayed first-time buying as we become more and more like Germany in our house ownership models, where people naturally rent their homes until their 50’s and then buy when they inherit money from their parents.

In the meantime, demand for Carlisle rental properties will only increase … so good news for Carlisle Buy to Let landlords and indirectly Carlisle homeowners as well.

Welcome to the Carlisle Property Blog

This blog follows the property market in Carlisle. You’ll find tips, guidance, and analysis that relates specifically to Carlisle and you’ll also find properties from all the estate agents in the town on here that may make decent investments. I operate Northwood Estate and Letting Agents at 2 Crosby St, Carlisle and if you’re thinking of selling, buying or letting a property  in Carlisle, I’m happy to offer a second opinion. 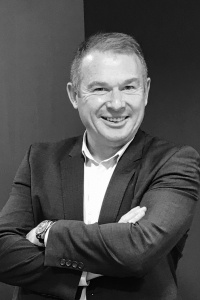 Gordon Adamson – the Author of the Carlisle Property Blog

An anglo Scot, Gordon moved to Carlisle in 1999 before starting the business in 2007. A proven leader and experienced business manager gained from FTSE 100 business, Gordon has a huge passion for his business and the property sector. Gordon would say the list is too long to detail his duties but the main ones are Landlord market appraisals and company accounts. Away from the office, Gordon lives locally in Stanwix with his wife Jo, has four children and has interests in squash and horse racing.